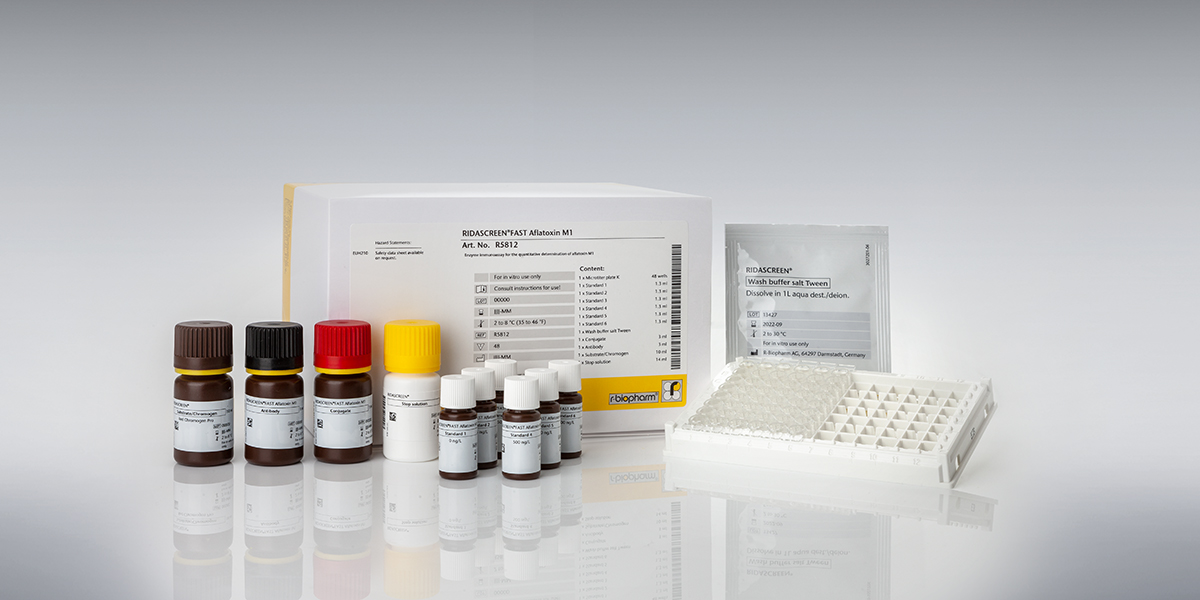 RIDASCREEN®FAST Aflatoxin M1 is a competitive enzyme immunoassay for the quantitative analysis of aflatoxin M1 in milk and milk powder.

Aflatoxins are secondary metabolites of the fungi species Aspergillus flavus, parasiticus and nomius, which are carcinogenic and highly toxic. Aflatoxin M1 is produced as a metabolite of Aflatoxin B1. It is secreted with the milk after the feeding of aflatoxin B1 content feedstuffs to lactating cows. As aflatoxin M1 is relatively stable towards the pasteurizing process, not only a comprehensive routine check of the raw materials to be processed is required, but also of the final products. Since the first of January 1999 EU-wide uniform residue limits for aflatoxins exist. For aflatoxin M1 the limit has been fixed at 0.05 μg/l (50 ppt).