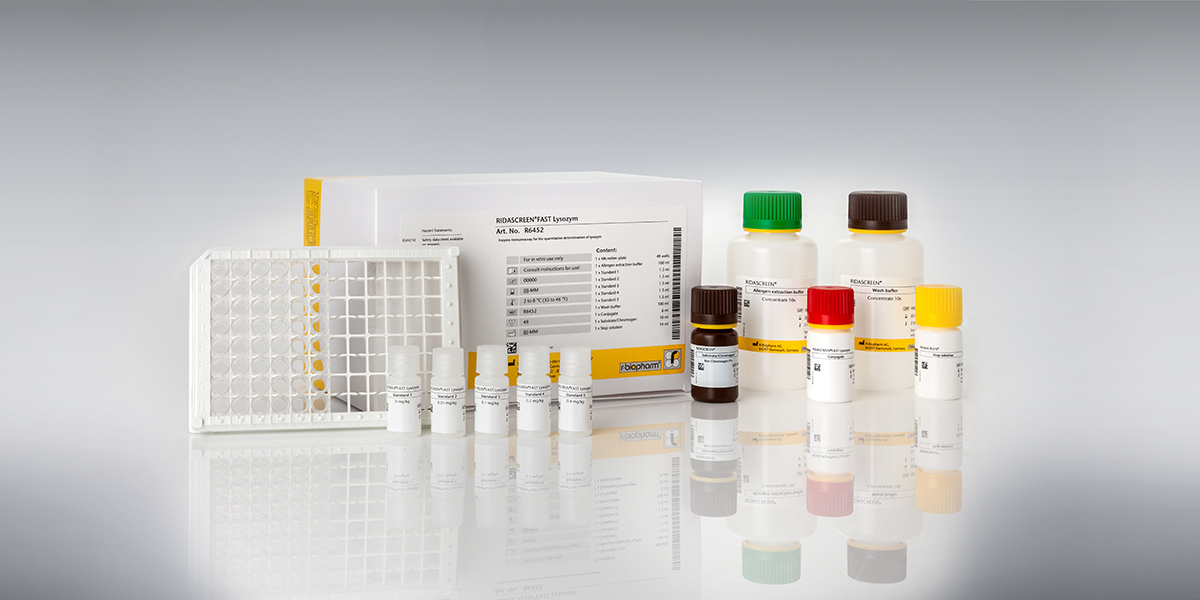 RIDASCREEN®FAST Lysozym is a sandwich enzyme immunoassay for the quantitative analysis of lysozyme (hen’s egg protein) in food like wine, cheese and sausage.

Hen’s egg (Gallus gallus) is very rich of proteins and represents an important food source for humans. While proteins of egg yolk only have minor allergenicity, many proteins of egg white are known to be allergenic. Lysozyme is one of the allergenic egg white proteins and contributes with approx. 3.5 % to the egg white proteins. In addition to ovalbumin, ovomucoid and ovotransferrin even very low amounts of the lysozyme allergen can cause allergic reactions, which may lead to an anaphylactic shock in severe cases and was therefore included in allergen legislation. Due to its bacteriostatic effect, lysozyme is often used for the preservation of food products such as cheese and sausages (E1105). The allergen can also be present as an ingredient or as a contamination in raw and cooked products. According to regulation (EU) No. 1169/2011 egg and products thereof have to be declared on the food labels. Similar regulations exist e.g. in the USA, Canada, Australia and New Zealand.