Mycotoxins are a major concern for the grain industry. In Europe, the last year has been particularly demanding as the damp weather promoted mildew and, thus, the formation of mycotoxins. The high risk of mycotoxins necessitated a reinforcement of controls. We wanted to know how the grain industry deals with this challenge, and visited the Schapfenmühle mill in Ulm, Germany.

The tower, which until recently was the highest silo of the world, can be seen from afar. It reaches 116 meters into the blue sky, holding up to 10,000 cubic meters of grain. Incredibly enough, the cutting-edge silo is part of the oldest producing company of Ulm – the Schapfenmühle mill. First mentioned in records in 1452, the family-owned mill is today a business with 3 production sites and more than 200 employees. In addition to conventional grain varieties including wheat, barley, rye, oats and spelt, the mill also grinds a number of pseudocereals such as amaranth, quinoa, rice, teff or canihua. Many ceral products available in German supermarkets – from flour and flakes to puffed grains – have been processed by Schapfenmühle.

Yet, there is one problem every mill struggles with: „The main risk in cereal production are mycotoxins“, says Tobias Markieton, head of quality management at Schapfenmühle. Mycotoxins, which are produced by molds, are extremely toxic for humans and animals. The more mold is present, the greater the risk of mycotoxins. Climate has therefore great influence on the production of mycotoxins. The last year has been unusually warm and moist and hence very beneficial to the growth of mold. Particularly the mycotoxin deoxynivalenol (DON) has been a major problem in large areas of Europe. Many farmers have lost parts of their harvest due to high mycotoxin concentrations.

Speed as a key priority 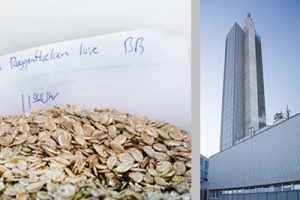 The silo of the Schapfenmühle

The high risk of mycotoxin contamination required more controls from food processing facilities – an additional expense that poses a real challenge in the already stressful harvest time. During peak harvest time, trucks arrive at the Schapfenmühle mill non-stop; up to 100 deliveries per day have to be handled. Clearly, speed is essential in analysis. „The truck must not be tipped over until all results are available“, Markieton explains. No driver has the time to wait long to find out whether the food is marketable.

In order to analyze the goods as quickly as possible, Schapfenmühle has been using the RIDA®QUICK lateral flow tests by R-Biopharm for a number of years now. In combination with a reader, these rapid tests display the mycotoxin concentration in the grain after only 5 minutes. „This made analysis manageable even at peak times and there was no bottleneck delaying the deliveries“, Markieton reports. In total, his team performed more than 1,100 tests during the 2016 harvesting season. Almost 15 % of the samples showed increased DON levels, a further 10 % exceeded the permitted limit value. 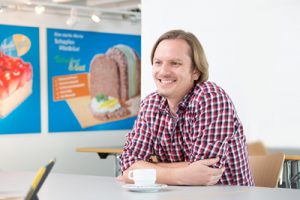 Last year, mycotoxin analysis has become even a little bit more convenient for the employees of Schapfenmühle: Since then, they have been using the RIDA®SMART APP for the evaluation of the test strips. Markieton considers the mobility of this smartphone app to be the decisive advantage compared to common reading devices: „Flexibility is very important to us. We have several delivery areas; using the smartphone, we were able to easily change locations. Of course, this is a bit difficult to do using a conventional bench-top instrument.“ Moreover, he considers the app superior to the previously used device (the RIDA®QUICK SCAN) in terms of user-friendliness: „The handling of the app is easier“ – without compromising on analysis quality. 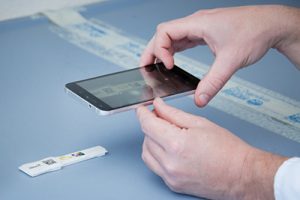 The RIDA®SMART APP in action

Nobody is happy with a mycotoxin contamination as was the case last year: Neither the farmers, who had to suffer harvest losses, nor the mills, which recorded additional expense for analysis and storage of contaminated grain. However, with the RIDA®QUICK test strips and the RIDA®SMART APP, Schapfenmühle was able to master this challenge. It remains to be seen how high mycotoxin contamination will be in 2017, but one thing is already clear: This year again, Tobias Markieton and his team will use the RIDA®SMART APP, ensuring that only safe foods end up in the mill and, ultimately, on the market.

Do you have questions concerning mycotoxin analysis or the RIDA®SMART APP? We are happy to provide you with support and advice.