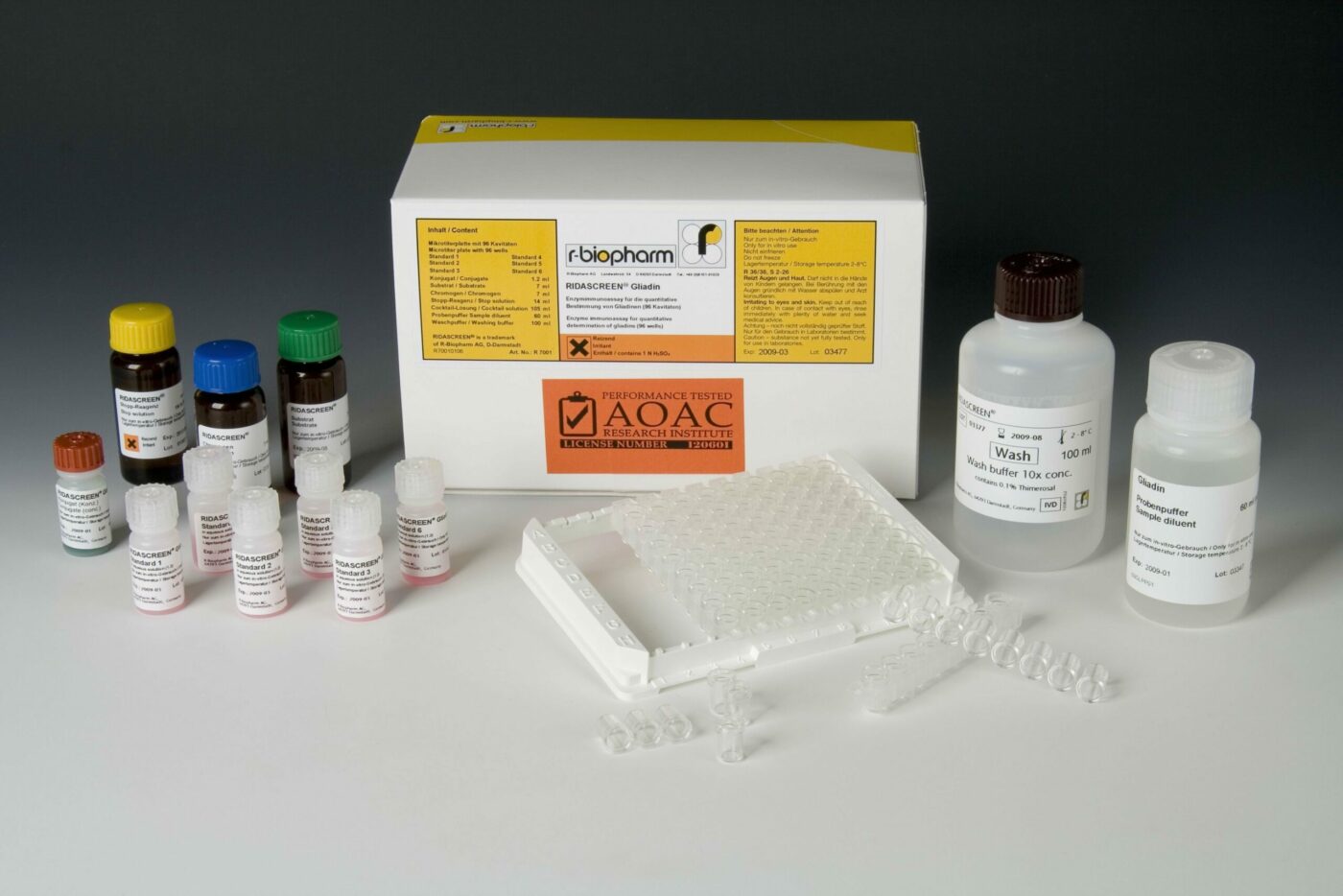 Finally, the US Food and Drug Administration (FDA) published a new regulation for the amount of gluten that may be present in foods marketed as gluten-free. The limit was set to 20 ppm (parts per million). Like many other countries, the US has also followed the recommendations of the CODEX Alimentarius.

For the enforcement of these regulations the FDA recommends to use scientifically valid methods that have undergone an independent interlaboratory study, where results have been published in the peer-reviewed scientific literature. Since RIDASCREEN® Gliadin (R7001) fulfills these requirements, FDA will use this sandwich ELISA based on the R5 antibody for the enforcement program. The R5 Mendez ELISA RIDASCREEN® Gliadin is Codex Type I Method; AOAC-RI (120601) and AOAC-OMA (First Action 2012.01) method.

FDA, USDA and TTB share regulatory responsibility for the foods and drinks in the US. The Alcohol and Tobacco Tax and Trade Bureau (TTB) is responsible for the labeling of beers made with malted barley and hops. In the TTB Ruling from 2012-2 the TTB recommends to use the R5 Mendez competitive ELISA for beers. RIDASCREEN® Gliadin competitive is the method of choice for fermented products like beers.

The declaration of gluten is very important, because unwanted intake of gluten can result in celiac disease in predisposed patients. A condition that causes an immune reaction that can lead to serious health problems, due to reduced uptake of nutrients by the intestinal system.

The FDA regulates gluten as the contaminant which has to be labeled. According to the binding allergen labeling regulation in the FALCPA (US Food Labeling and Consumer Protection Act) only wheat was labeled until now. But wheat is not the only gluten containing cereal; rye and barley also contain gluten a source of cross contamination. Within one year, product manufacturers will have to meet the standard and test their products.