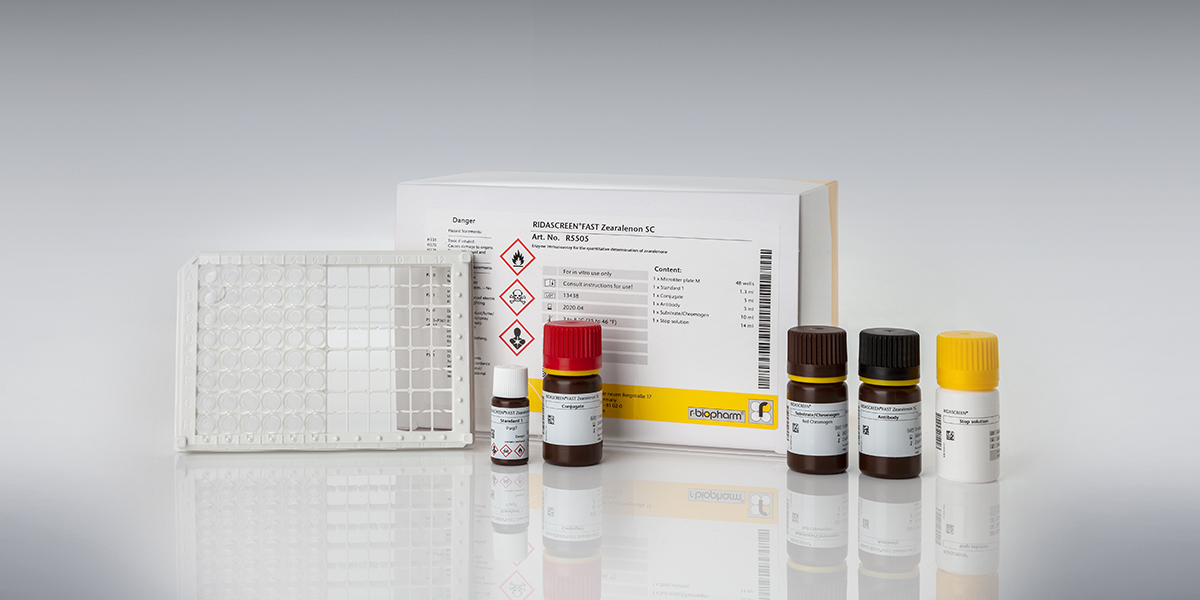 RIDASCREEN®FAST Zearalenon SC is a competitive enzyme immunoassay for the quantitative analysis of zearalenone in cereals.

The mycotoxin zearalenone is formed by fungi of the genus Fusarium. Zearalenone is a phytohormone which displays, apart from its anabolic properties, mainly estrogenic effects. Because of its estrogenic properties, zearalenone may induce fertility disorders in animals with clinical signs of hyperestrogenism – an aspect of a disease which although reported mainly in hogs, is described in other species such as cow, horse and sheep, too. The potential health risk for humans induced by this mycotoxin, which is taken up with foods of vegetable or animal origin, is extensively discussed.