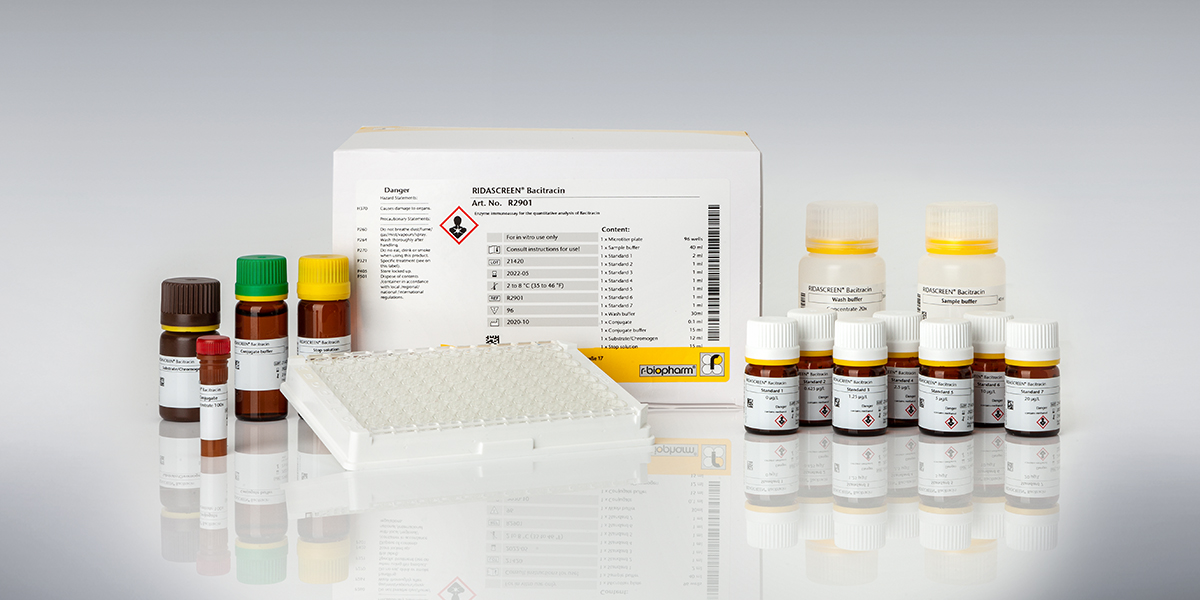 RIDASCREEN® Bacitracin is a competitive enzyme immunoassay for the quantitative analysis of bacitracin in milk, meat, eggs, feed and urine.

Bacitracin belongs to the group of polypeptide antibiotics. It was named after the Bacillus strain producing it and the 7 year old girl ‘Tracy’ from whose open tibial fracture the strain was isolated in 1945 for the first time. Bacitracin is a mixture of different polypeptides, wherein bacitracin A as major component has the highest biological activity. Through inhibition of cell wall synthesis, it has a broad spectrum bactericidal effect against both gram-positive and gram-negative bacteria.

In addition to veterinary application, bacitracin can be used as antimicrobial growth promoter in animal husbandry. Thereby, residues can remain in foodstuff of animal origin and may pose a health risk to consumers. Improper use of antibiotics also promotes the formation of antibiotic resistant bacteria, which raise an increasing health problem for the population. Consequently, Bacitracin has been deleted by the regulation 2821/98/EC from the list of approved animal feed additives (Directive 70/524/EEG Appendix B) and maximum residue limits in foodstuffs have been set (Regulation 37/2010/EC).