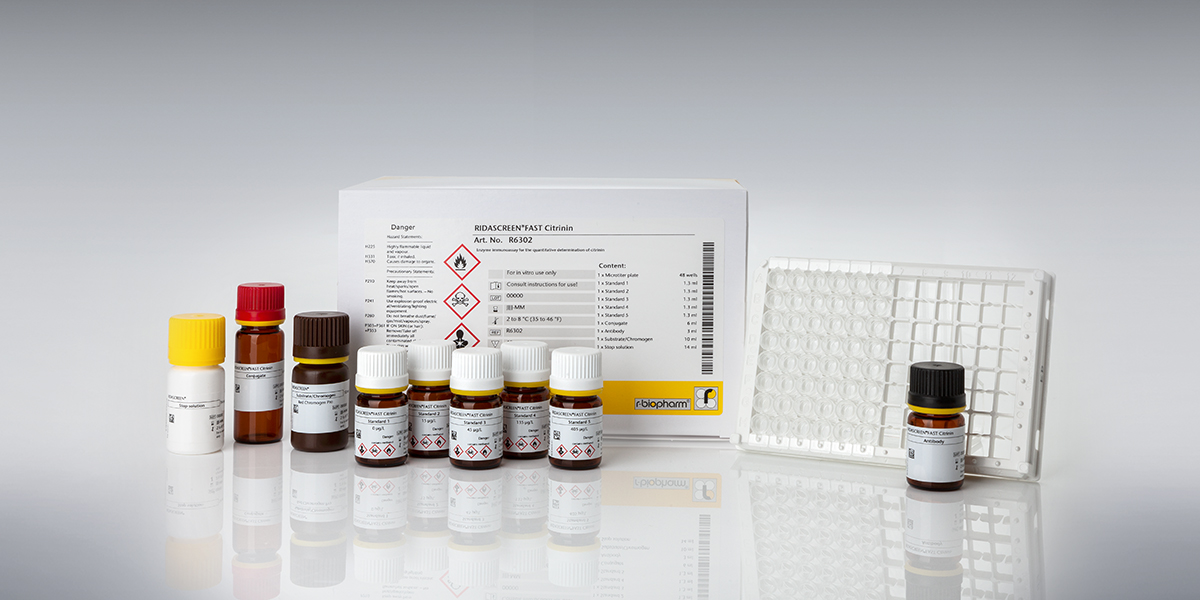 RIDASCREEN®FAST Citrinin assay is a competitive enzyme immunoassay for the quantitative determination of citrinin in cereals and feed.

The mycotoxin Citrinin is formed by fungi of the species Aspergillus, Penicillium and Monascus species. These fungi are able to produce Citrinin and/ or Ochratoxin A, therefore both mycotoxins appear together very often. Citrinin was described for the first time in 1953 by japanese authors. They detected this mycotoxin in yellow coloured rice which was contaminated with Penicillium citrinum. Citrinin occurs in cereals such as wheat, barley, rye, oats, corn and rice and shows the same nephrotoxic effects as ochratoxin A. The moisture level of cereals is very important for the development and growth of the citrinin producing fungi, requiring minimum levels of 16.5 to 19.5 %.