Many farmers are currently concerned about Fusarium fungi: The humid climate of this year has created ideal conditions for moulds. The fungal toxins could cost farmers a significant part of their harvest. Current forecasts from the United Kingdom and Switzerland give us cause for concern.

Experts are sounding the alarm: Due to humid climate during flowering, there could be a high occurrence of mycotoxins this year in Europe. Persistent rain and temperatures around 20°C provided ideal conditions for the spread of Fusarium fungi. These harmful fungi pose a problem mainly because they can produce dangerous mycotoxins, including Trichothecenes, Zearalenone and Deoxynivalenol (DON, also known as Vomitoxin).

At the beginning of this year’s wheat harvest, various studies are warning of increased mycotoxin contamination:

Germany, France and Hungary are reporting on increased Fusarium infections, too.

What should farmers do in case of a Fusarium infection?

Given the high risk, farmers should carefully check their crops for Fusarium infections. Pale pink ears indicate a Fusarium infection of wheat. When a mould infestation is detected, it is important to harvest and store heavily infested plots separately in order to prevent further spreading. 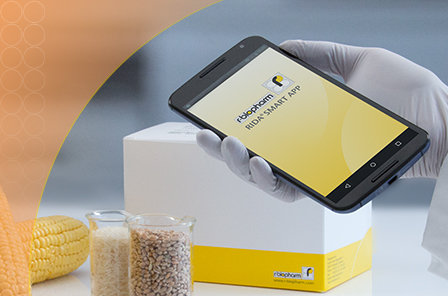 In principle, farmers have the following options when dealing with Fusarium toxins: